This year’s annual tournament took place later in the year than usual on 4th October on a dry overcast morning. 62 Primary school pupils took part in short putt, long putt, pitch shot, iron shot and wood shot  from 7 Primary schools. This was the first time Brynteg School took part in the tournament and they really enjoyed and cannot wait to take part in other school events. Trophies were kindly sponsored by the Ray Gravell and Friends Trust.

The winners for the following categories were:

The aim of the event, organised by Carmarthenshire County Council’s Disability Sport Wales officer and Golf Wales and the professional Mike Davies, was to raise awareness of disabled activities in the county and how inclusive golf is.

A big thank you goes to the following, Martin Lane the owner of Glyn Abbey golf for providing the course free of charge, the senior male and female club members who volunteer on a yearly basis to look after each station and last but not least Mike Davies who works tirelessly to promote golf as an inclusive sport at the club. Mike is currently working with two secondary schools with their special educational needs pupils by giving them lessons on a weekly basis is term time, this invitation was extended to all the schools who attended today’s CYFLE  TÊG Fair PLAY Tournament.

Lisa Pudner said “I am delighted to see so many children enjoying golf and a new school on board Brynteg whose pupil won the overall trophy, Mike and I were pleased that awards were won by pupils from the array of schools who entered today’s tournament the standards are increasing every year.” 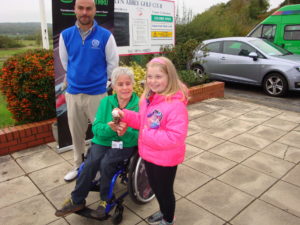 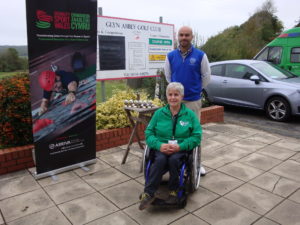