Tomas makes it two in a row at Llantrisant & Pontyclun

A record-breaking entry of around 100 players between the ages of 7-14 took part in the second Ping Welsh Junior Tour Event of the year, held at Llantrisant and Pontyclun.

Wales Golf championship manager David Wilson welcomed the outstanding turnout, “We are delighted to see so many players, supported by family and friends, take part in the second Junior Tour event of the year.
“Llantrisant & Pontyclun have been tremendous hosts with the players thoroughly enjoying the course.”
Tomas Carlson, from Milford Haven, secured his second win of the season in the U8s category. Tomas’ score of 59 points put him three clear of Archie Weeks from Blackwood in second, with St Pierre’s Oliver Hulbert in third. Tomas takes an early lead in the Junior Tour Order of Merit table with West Lancashire GC’s Ffion Richardson and Oliver Hulbert tied in second place. 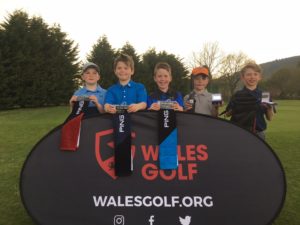 The Glamorganshire’s Paul Reid got his season off to a good start with 64 points to secure victory in the U10s age group. Junior Tour regular Fallon Sawyers-Grandon was second with 60 points, followed by Cameron Hughes in third with 56. Two consistent performances from Reuben Baker, winner of the U8s Order of Merit last season, give him an early lead in the U10s category this year. 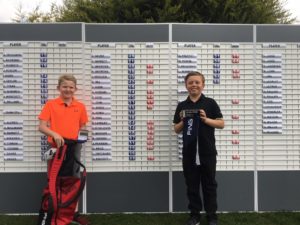 Also scoring 64 points, Ethan Langley from Rhondda GC enjoyed a comfortable win in the U12s, with Bargoed’s Callum Hook in second just edging William Pontin from Pyle & Kenfig into third after a card countback. Two third place finishes in a row take William to the top of the U12s Order of Merit table. 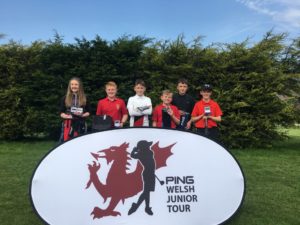 The U14s age group, played over 18 holes, was won by Dwynwen Holgate from Cardigan with a fine score of 42 stableford events around the testing Llantrisant & Pontyclun course. This result, combined with a good finish in the first event of the season at Mold, takes Dwynwen to the top of the U14s Order of Merit.
Tied in second place with 39 points were Harry Coombs, from The Glamorganshire, and Joshua Westcott, from Machynys, with Harry getting the nod by virtue of a stronger last nine holes.

The Ping Welsh Junior Tour now moves on to Lakeside Garthmyl, with further events due to take place in Carmarthen and Abergele in the summer before the end of season Tour Final at Wrexham Golf Club.